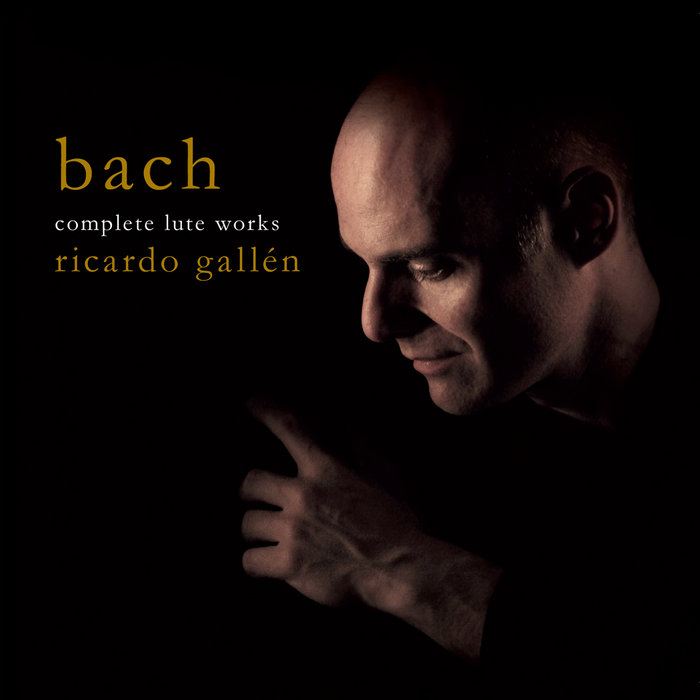 There are certain musical strains and ideas that carry on across generations and genres. The musical advancements of the inimitable composer Johann Sebastian Bach have continued to have an impact on musicians performing in various musical worlds, but especially those of classical and jazz.

Classical guitarist, and foremost expert of Bach for strings, Ricardo Gallén has maintained that it is Bach’s use of rhythm and improvisation that has inspired so many. On his new recording, Bach – Complete Lute Works, Gallén has expertly captured the essence of Bach’s compositions, specifically crafted by the composer with much thought toward the instrument that would be performing them.

Gallén was born in Linares, Jaén, Spain in 1972. Andalusia has a rich history of master guitarists; Linares also happens to be the birthplace of Andrés Segovia. Gallén studied in numerous conservatories from Jaén to Madrid to Granada. He then went on to the highly esteemed Salzburg Mozarteum in Austria. Since, Gallén has won many prestigious competitions throughout the world and has been regarded as one of the most highly respected musicians on his instrument. He is also a regular instructor at the Mozarteum.

The music of Bach has been a part of Gallén’s life since his boyhood when he was introduced to the Brandenburg Concertos. He studied the work of the composer throughout his tenure in conservatory. Gallén first played the lute works of Bach in concert in 2006 and, to aid in capturing the sound of Bach’s lute suites as closely as possible, Gallén used a Classical Romantic Guitar made by Arnoldo Garcia, recreating an instrument used circa 1820.

Bach wrote suites for lute throughout a thirty-year period. The earliest - BWV996 - was believed to have been composed from 1712 to 1717. There have been conflicting theories about the initial instruments Bach wrote these pieces for. Some believe they were harpsichord suites while some felt that these pieces were written for a harpsichord lute. Though the original scores could be seen to originate with either of these possibilities, the music has become quintessential music for the classical guitar.

He began preparing to record the lute works in February 2010. The recording was made the following September at the St. John Chrysostom Church in Newmarket, Canada with the assistance of producer/engineer Norbert Kraft.

Ricardo Gallén has become one of the most important practitioners on the classical guitar. His recording Bach – Complete Lute Works has proven to be an important document of Gallén’s unique and researched approach to the music of the master composer Johann Sebastian Bach.

All compositions by J.S Bach except CD 2 Track 16 by François Couperin

Bandcamp Daily  your guide to the world of Bandcamp